I feel as if a link exists between your heart and mine...
Na górę Plus o ubieraniu Thomasa - #See what it takes to put clothes on @twhiddleston.

FANGORIA: What was the process by which you came to be part of CRIMSON PEAK?

TOM HIDDLESTON: It happened very fast, actually. I was in Los Angeles in August 2013, and I got a phone call from my agent connecting me to Guillermo del Toro. He said he was going to rewrite this role in CRIMSON PEAK for me, and he was going to send it to me the next day. And then, suddenly, I got an e-mail from Jessica Chastain, who’s been a friend of mine for a while, saying, “I really want you to do CRIMSON,” and I said, “Yeah, yeah, yeah, OK, OK! [Laughs] Guillermo just wants me to read it first.” So he sent it to me, I read it and loved it, and I flew to Toronto the next day. We had breakfast, and by the time we got to lunchtime I said yes, and we were off.

FANG: How far in advance of production did this happen?

HIDDLESTON: About five months out.

FANG: Did you get to see the incredible set come together during that time?

HIDDLESTON: What was so amazing was, after that breakfast, where we discussed Gothic romance and tall, dark strangers and innocent, pure-hearted heroines, he bundled me into his car and we drove over to Pinewood Toronto Studios. He introduced me to Tom Sanders and Kate Hawley, the production designer and costume designer, and Tom had already built the set in miniature. So I was able to go back to London with an idea in my mind of what the world was going to be like. And Kate had already put together a whole wall of visual inspiration, with paintings and photographs, stuff from the period, high fashion, images of the landscape of the north of England in the late 19th century; it was truly inspiring. I went back with a head full of images.

FANG: Were you a fan of the type of literature that inspired CRIMSON PEAK before you made the film?

HIDDLESTON: Yeah. It had been a while since I’d read it, actually; I’d read a lot more of that kind of stuff when I was in my late teens. It’s interesting; I believe those archetypes and characters still feature in our imaginations in a way we’re almost not aware of. You think about musical lyrics, and people still talk about tall, dark strangers and the mystery and allure of a certain type of man or woman, if that makes sense. The Gothic style is imbued with a particular type of sexuality that people are still invested in.

FANG: When I talked to del Toro (see interview here), we discussed his choice to reveal to the audience early on that Thomas is up to no good, and has sinister intentions for Edith. Did that play into the way you approached the role?

HIDDLESTON: Well, I do believe that Thomas’ intentions change through the film, and part of the pleasure is in the inversion of the expectation, so the audience sees that he is more than he first appears to be. There’s character progression and character development throughout, which I found fascinating.

FANG: How was your working relationship with Mia Wasikowska and Jessica Chastain?

HIDDLESTON: It was very different, actually, between them. I’d worked with Mia before on ONLY LOVERS LEFT ALIVE, and I always felt like in the scenes with Edith, Thomas is trying to be a better man, while in the scenes with Lucille, he expresses an older, more guilt-ridden and sort of a heavier side of himself. I had known Jessica for a while, about four years, and it was nice to go into that sibling partnership knowing each other from before.

FANG: How was the experience of spending so much time on the extensive mansion set?

HIDDLESTON: Honestly, it was just breathtaking. It was so beautiful and completely realized. Often, as an actor, you’re asked to supply the details of a scene in your imagination, but there was no extra work required here. We were all actually in the house; all we had to do was turn up and be there.

FANG: How about the ghosts; how much were they actually on set?

HIDDLESTON: They were there. I wasn’t in many of the scenes with the ghosts, but I did see them in costume and in makeup, and it was kind of extraordinary. It was like seeing a creature from the wild—an astonishing thing to be in the presence of. The makeup artists, David Martí and Montse Ribé, who also did the creatures for PAN’S LABYRINTH, are first-rate practitioners of their craft.

FANG: It’s hard to imagine another actor who could wear both the horns of Loki and the costumes of Thomas Sharpe so well. How important is costuming to getting into a character?

HIDDLESTON: They are important, especially if they have a particular physical presence and energy. If they change the air of the rooms a character walks into, it’s very useful to wear a costume that has that power to it. Loki has this sort of megalomaniacal, overarching, dramatic personality, and everything about his costume mirrors that, while Thomas has a sophistication and refinement and old-school elegance, which was very easy to feel once I put those clothes on.

HIDDLESTON: Yeah, but Loki’s much more aware of his manipulative power; he’s a mischievous, playful manipulator. That’s his raison d’etre, that’s what he loves. Thomas is much more unconscious about it; he’s someone who, in a way, is in the dark, and has repressed his true motives. In a way, he’s more innocent, but also, in a way, he’s more guilty, because he’s less self-aware.

FANG: Can you talk a little about KONG: SKULL ISLAND and your role in that film?

HIDDLESTON: I don’t want to reveal too much, because I love surprising people, but I will tell you that it’s a truly new reinterpretation of the myth. The power of the original story is still the same—there’s something extraordinary about Kong as a metaphor—but we place him in a new environment with different kinds of characters who relate to him in very distinct ways. There’s a different kind of female protagonist, a different kind of male protagonist; my role is sort of heroic, but he’s absolutely not in a profession that’s recognizable from other Kong films, and neither is Brie Larson’s character. I can promise that you’ll be excited by it, and I personally am excited by the nobility and the charisma of my part. I spent the last year kind of digging around in dark areas for Thomas Sharpe and [Ben Wheatley’s] HIGH-RISE and Hank Williams [in the upcoming I SAW THE LIGHT], and so to play this character in KONG, it feels like a refreshing break from that.

FANG: Have you seen concept art of Kong or any other creatures that might be in the film?

HIDDLESTON: Oh, I have. They look amazing, truly. The sketches are some of the early stuff that I was inspired by, when Jordan came on. Within weeks, he took me into what he calls “the war room,” which is where he keeps all his concept art. It’s a huge, four-walled space that’s covered in art—poster designs, the way the island is going to look… We’re shooting it in lots of different places, to make Skull Island a composite of some of the most breathtaking locations on this Earth.

x
I feel as if a link exists between your heart and mine...
Na górę
ODPOWIEDZ
Posty: 113

Wróć do „Filmy i seriale” 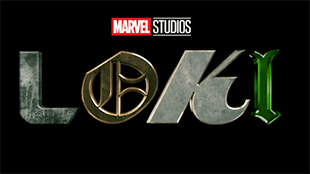